Some Council ‘wards’ have also changed name or size.
The ward listed on your Poll Card might be different to the last
time you voted locally. Some wards have fewer Councillors
than before – this was a UKIP proposal to save taxpayers money
– so we are pleased this has happened. 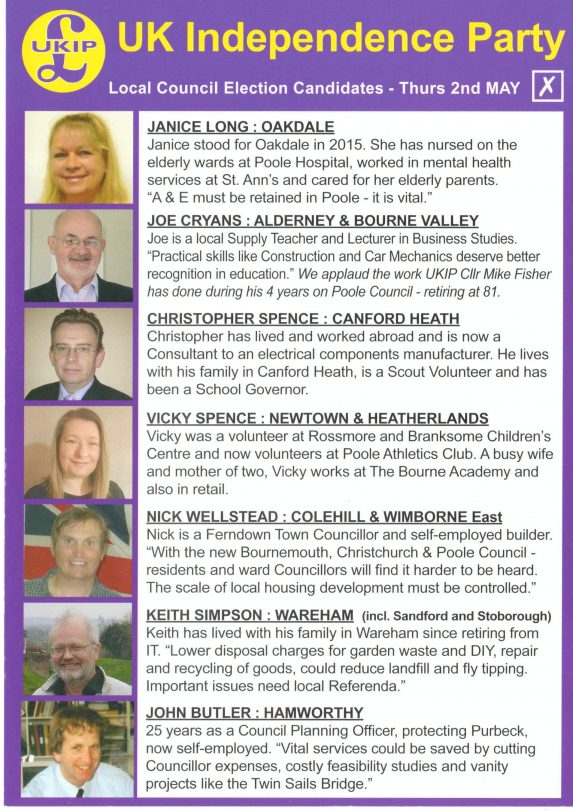 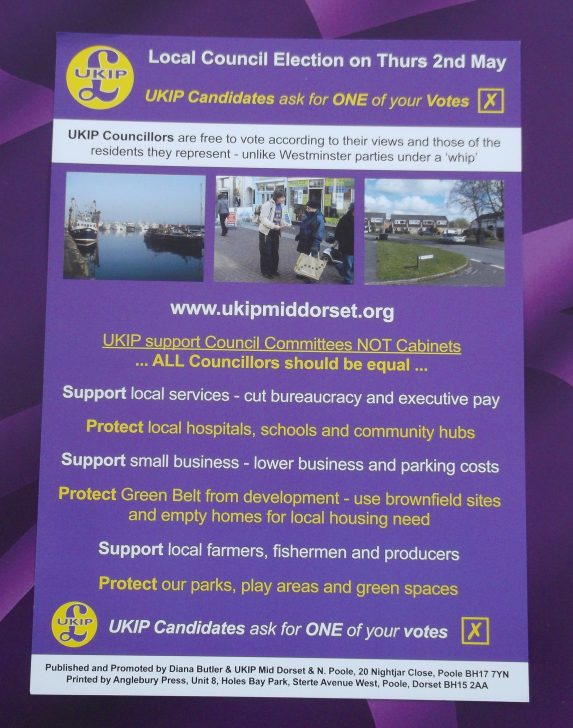